It is often said that one of the ways to know about the lifestyle of people is to try that region’s food. This claim proves to be truer when it comes to street food or the food consumed by ordinary people daily. Like in Lebanon, street food is booming during summers which shows how busy summers are in Lebanon. One can feel the summer buzz in the city by walking in the streets filled with aromas of fresh vegetables, spices, and meat. Though these street foods might be taken for granted by the locals, they provide important insight into the tastes of the Lebanese people. Here are the five must-try Lebanese street food dishes. 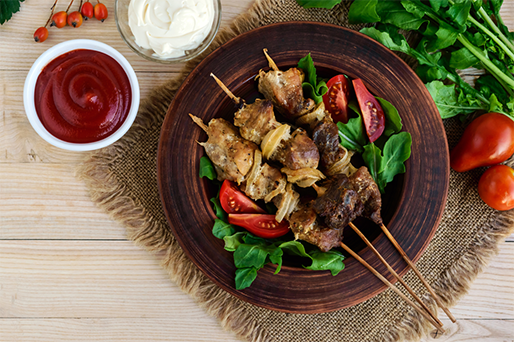 One of the most traditional Lebanese cuisines, Shish Kebabs are one of the favorite street foods of Lebanon. Though people can make them out of mutton, beef or chicken, the original version is made using lamb meat. The meat is marinated overnight with garlic, salt, and pepper. One can add spices as he wishes. Traditionally pieces of lamb fat are also added when the meat is skewered with vegetables like tomatoes and onions. This delicious meat is the go-to street food which you need to try.

This is one of those Lebanese street foods, that you are bound to find in every nook and corner of the world. It’s a delicious snacked wrapped with a lot of flavors. Every place has added a touch of innovation to Shawarma, but the original version contains a fresh pita bread with vertically skewered meat, and like always lamb is preferred in Lebanon. Sauces might differ geographically, but the Lebanese add the Tahini sauce with several vegetables. This wholesome wrap has gained popularity because of its portability. 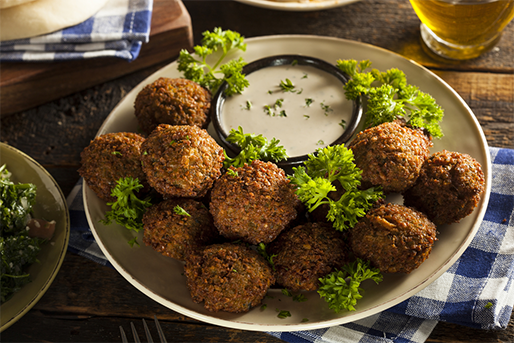 Made from ground chickpeas, falafel has recently gained a lot of popularity in the world, and especially among the vegan circle. They might be served in a flatbread as a wrap, but the thing to die for are the falafel balls. The inside is stuffed with chickpeas and several spices and then formed into a donut-shaped patty. These balls are then deep-fried until they turn golden brown and crispy, while surprisingly the stuffing inside remains soft. Vegetables and tahini sauce might also be served with these portable fulfilling falafel balls.

Believed to be the introduction of Persians to Lebanese cuisine, Kafta has become a popular Lebanese street food throughout the years. It is made using ground meat, either lamb, beef or chicken- and seasoned with the appropriate spices. This mixture is then either shaped into circular balls or cylindrical shape kaftans, which are then skewered. In Lebanon, the Kafta is served over pita bread with hummus, rice or salad. One can also eat it straight of the skewer, to satiate their hunger.